Climate change is an issue that affects all of us. With warming temperatures, entire ecosystems across the globe are being reshaped. One major issue that has come about due to climate change, is the spread of invasive species.

Invasive species are a global issue. Commonly spread by human activities, invasive species cause widespread destruction to native ecosystems and cause the global economy billions of dollars in damages. This issue has been exacerbated by climate change.

There are numerous ways climate change has affected invasive species spread. For example, Canada, while very diverse in climate, is known for having harsh winters across most of the country.

Cold conditions have prevented many invasive species common in the southern hemisphere from establishing themselves in Canada. However, as temperatures increase, and winters become milder, invasive species have rapidly expanded northwards. 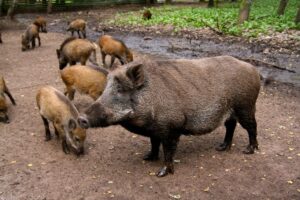 Native species, aquatic and terrestrial, have evolved for generations to be perfectly adapted to the climate where they live, and any changes can be a struggle for natives to adjust to. An ecosystem that is weakened in this manner is vulnerable to the invasion of invasive species, who often outcompete native species due to a lack of natural predators, and better adaptability.

Another way climate change has increase invasive species spread, is due to an increase in the number and intensity of natural disasters across the globe.

In Canada, every year new records for forest fires have been set. In a healthy, intact ecosystem, native species can defend against the encroachment of invasive species. However, after a forest fire, it can take many years for the forest to regenerate.

In the time taken ecosystem regeneration, weeds and other invasive species, brought to the area by humans, vehicles, or migrating animals have a perfect opportunity to establish themselves in areas free of competitors. 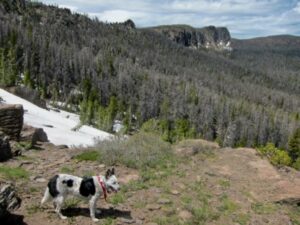 Invasive species can also exacerbate climate change themselves. Forests decimated due to pests such as the mountain pine beetle can become massive sources of CO2 emissions as the treesdecompose, warming the area further. This image of a pine beetle infested forest shows how much damage these beetles can do.

The Canadian Council on Invasive Species (CCIS) recognizes the global scale of the issue before us, but we believe with public awareness and engagement, we can halt the spread.

CCIS and our partners have created numerous programs designed to educate the public and promote awareness. With our ecosystems being particularly vulnerable, knowledge on how to prevent the spread is more important than ever.

PlayCleanGo and Clean Drain Dry are two of our initiatives that work to educate people on steps they can take to prevent the spread of IAS. 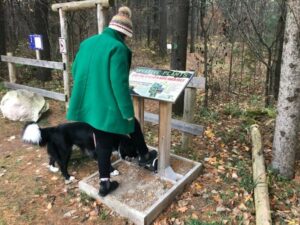 PlayCleanGo encourages people to be mindful of cleaning their boots, vehicles, and other equipment when moving between natural areas. Seeds, insect eggs, and insects themselves can easily cling to and move with us, so it is important to make sure we have no passengers on our travels. 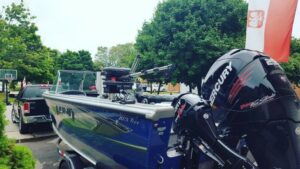 Clean Drain Dry encourages mindfulness amongst boaters. Cleaning your boat, draining it over water, and drying it thoroughly after a day on the water is the best way people can prevent spreading aquatic invasive species, especially since some are so small that you can’t even see them with your naked eye!

To learn more about Clean Drain Dry and PlayCleanGo, please visit our website.

CCIS has also recently released two youth activity books, designed to teach children about invasive species at an age-appropriate level. Both books are free to download and can be found on the resource page of our website.

Climate change and IAS are intimately related, but by working together and changing our behaviours, we can halt our role in the issue, and stop the spread in its tracks. 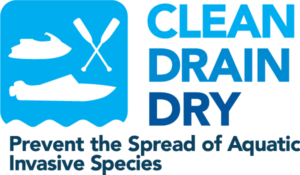